Fired up for water bombing 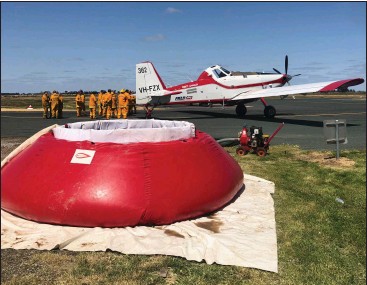 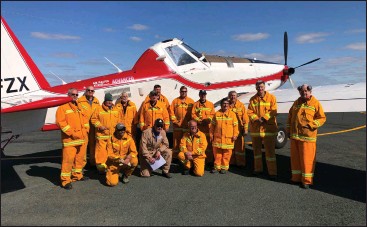 MORE than 30 volunteers attended the CFA’s Gannawarra group pre-season exercise in Kerang on Sunday. This year the annual exercise included training in bomber reloading, which will give local firefighters the capability, if required, to reload water-bombing planes at Kerang. “It was a great day,” Gannawarra group commander Luke Waterson said. “It’s the first bomber reloading course delivered to volunteer members of the Gannawarra group. “We’ve now got the capability to reload those bombers. “By having the capacity and equipment in Kerang, it means the bombers can essentially turn around and reload in about a quarter of the time, compared to having to return to Stawell or some other part of the state,” Mr Waterson said. However, the capability to reload the planes won’t change normal dispatch arrangements. “It’s just an added capability and means we can potentially relocate some of those bombers,” Mr Waterson said. The 35 volunteers from Kerang, Cohuna, Koondrook, Leitchville, Lake Charm, Quambatook and Sand Hill Lake took part in the exercise, with 15 of them involved in the reloading training. They undertook two hours of theory before lunch and in the afternoon worked on bomber reloading in the context of a simulated fire. “That involved normal ground to air communications as well as fire ground safety when working with an aircraft,” Mr Waterson said.